You are here: Home1 / Interoperability Test Events - Past Events

This helps providing operators and consumers with a wider choice of small cell products while also facilitating economies of scale. LTE small cell deployment will help to solve the user’s demand for ubiquitous coverage on the go and innovative mobile data services with sufficient bandwidth. LTE small cells can evolve in the future to become media gateways in the connected home, thus combining LTE and M2M/IOT technology.

The primary objective of the event, organised by the ETSI Centre for Testing and Interoperability, was to demonstrate the effectiveness of the 3GPP LTE standards in supporting interoperability between small cells and EPC equipment from different vendors.

Companies also had the possibility of connecting remotely for six weeks into the hosting lab to prepare for the event.

The 3GPP LTE Release 9 standards were frozen in December 2009 and are widely used in LTE macro networks. Small cells compliant to the standards allow mobile operators to simplify deployment and enable better coverage and capacity for their LTE networks.

Successful interoperability tests, monitored by test tools, were conducted between small cells and EPCs, security gateways, macro eNodeB and as an option HeNB gateways to verify the S1 interface implementations.

In a multi-vendor HetNet environment – as an option – mobility scenarios of hand-out with the macro network using S1 and X2 interface were tested. VoLTE (IMS) calls were also tested. The Plugfest routinely repeated tests of IPsec/IKEv2 security protocols which allow small cell to communicate over the public Internet to operators’ core networks in a highly secure manner.

The event was hosted by the SINTESIO facility in Kranj, Slovenia, co-hosted by Telekom Slovenia and China Mobile Research Institute in Beijing, China. It took place over the period of September 24 to October 12, 2012 . Dates varied by location. 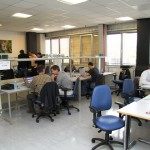 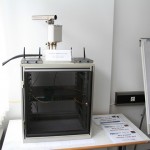 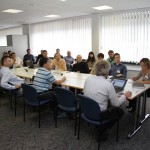 The IMS Plugtest focused on the interoperability of 3GPP IMS Release 7 equipment.

The purposes of this event were:

This event has been open to both, IMS equipment vendors and operators, as well as ETSI members and non-members. In addition, an exhibition area enabled vendors to showcase their products.
The second ETSI IMS interoperability event has been held in Bled, Slovenia from October 10th to 14th 2008 at the Hotel Golf. It was organized with the technical partnership of Sintesio, who has supplyed the test network infrastructure, and has coordinated the technical organization of the event.
The event has evaluated IMS network interoperability covering all aspects of core IMS standard TS 24.229, including interworking, roaming, border control, and support of supplementary service handling, i.e., OIP/OIR, HOLD, ACR-CB, and/or CDIV.
The test descriptions which has been the basis of the event was part of the second version of ETSI TS 186 011-2.
Six IMS core network vendors participated at this event. Using commercial Fraunhofer TISPAN openIMS clients and supplementary service application servers in different IMS network configurations, participants has been able to evaluate interoperability on standardized interfaces used to connect IMS networks together. During the event 410 of 1110 potential IMS NNI tests were executed.

More than 70 mobile data experts from around the world were located at the Hotel Golf in Bled, Slovenia, for an interoperability testing event organized by the Open Mobile Alliance (OMA). An international specifications setting body consisting of more than 380 mobile operators, device and network suppliers, information technology companies, and content providers.

TestFest was dedicated to the interoperability testing of OMA’s Enablers using IP Multimedia Subsystems (IMS), which is seen as key for the successful and rapid deployment of next generation networks’ applications, and the convergence of fixed and mobile networks. 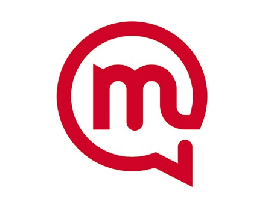 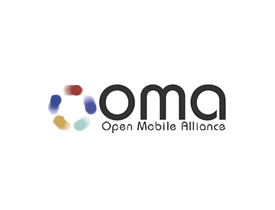 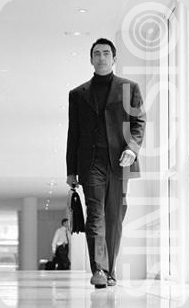 The scope of the interoperability event was preparation and execution of network integration tests (NIT) for the following NGN migration scenarios:

The aim of the event was preparation and execution of well structured end-to-end network integration tests based on ETSI TISPAN draft reports with the objectives to:

The interoperability event participants were:

who validated the current state of implementations agains the ETSI TISPAN NGN Release 1 standards. The interoperability event gave participants the opportunity to evaluate NGN solutions and products, its interoperability with the solutions of world leading players. With the SINTESIO testlab connections to public ISDN/PSTN network and to Internet and the network configurations with remote NGN domain, it was possible to test and validate real network behavior such as Performance, Quality and Security issues.

This site uses cookies. By continuing to browse the site, you are agreeing to our use of cookies.

We may request cookies to be set on your device. We use cookies to let us know when you visit our websites, how you interact with us, to enrich your user experience, and to customize your relationship with our website.

Click on the different category headings to find out more. You can also change some of your preferences. Note that blocking some types of cookies may impact your experience on our websites and the services we are able to offer.

These cookies are strictly necessary to provide you with services available through our website and to use some of its features.

Because these cookies are strictly necessary to deliver the website, refuseing them will have impact how our site functions. You always can block or delete cookies by changing your browser settings and force blocking all cookies on this website. But this will always prompt you to accept/refuse cookies when revisiting our site.

We fully respect if you want to refuse cookies but to avoid asking you again and again kindly allow us to store a cookie for that. You are free to opt out any time or opt in for other cookies to get a better experience. If you refuse cookies we will remove all set cookies in our domain.

We provide you with a list of stored cookies on your computer in our domain so you can check what we stored. Due to security reasons we are not able to show or modify cookies from other domains. You can check these in your browser security settings.

These cookies collect information that is used either in aggregate form to help us understand how our website is being used or how effective our marketing campaigns are, or to help us customize our website and application for you in order to enhance your experience.

If you do not want that we track your visit to our site you can disable tracking in your browser here:

We also use different external services like Google Webfonts, Google Maps, and external Video providers. Since these providers may collect personal data like your IP address we allow you to block them here. Please be aware that this might heavily reduce the functionality and appearance of our site. Changes will take effect once you reload the page.

The following cookies are also needed - You can choose if you want to allow them: